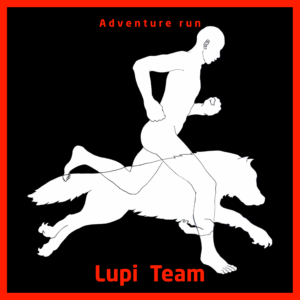 The group started in 2010 in great simplicity and, over the time, It was enriched by the presence of so many friends and ambitious goals.

They thrill to the landscapes, people, the feelings and especially to capture the emotions arising from the race in the wild: the Adventure Racing precisely.

Basically, We try running as an experience.

We are looking for people to share these items, these emotions.

The ns. goal is to complete the "Journey".

Come dice J. Bingham: "Often not be finishers most difficult, but having the courage to leave!”

For the "Wolves" members is a great privilege to wear the shirt with the symbol of the group, because behind this symbol of the values ​​are represented subscriptions, satisfactions and sacrifices that have always supported.

We have 50 members, from all over Italy.

The curriculum of the partners is important:

Members engage in "travel" along the ancient paths, in order to make a promotion Historical Natural Food.

Just as an example:

The APS Wolves Team has been awarded in 2018 of the Cross Peoples give one Scientific Committee composed of Historians of the main countries involved in conflict 14-18, with the following motivation: "Sports group born in 2008, organizes on the Grappa massif forward to world events related to the activity of the "Trail Running". It adheres to a code of values ​​such as friendship, the semplicity, respect and help those in need. They were able to set an example for many other associations, sports and not, who have chosen the Monte Sacro as a setting for competitions in which men fight in the spirit of competition and not of oppression, dedicating insights and studies, targeted at athletes, each participant to raise awareness about why today's sport can help to not forget the past by building new ways forward peacefully.

The Event Trail of Heroes, Organized by Us, per its features has been inserted in UNESCO project IPA Asolo Monte Grappa, as the only manifestation of the territory involving, combines and sensitizes the region, the 3 Provinces and the 23 municipalities where the Grappa Massif insists

You have already subscribed to our newsletter? nooo??

What are you waiting for?! Press the blue button at the bottom of the page to stay up to date on the latest news!